This is exciting. Echo Rock (formally known as Tunnel Vision), has been revamped and is looking pretty good in a compelling sense. It is also a FREE E-book, Available From Today from the HobeckBooks website (see below for the link and more details). This short story of a captivating sinister mystery as readers are invited to enter the tunnel of a Rock Ghost Story. It is thanks to Rebecca and Adrian at Hobeck Books for agreeing to pass the story onto me in advance to review.

The Rock. A Girl. Is she real or merely a tunnel vision?
The Summer heat on the Rock of Gibraltar is intense, but deep within its dark interior, a chill horror awaits DS Tamara Sullivan. As a murder detective, Sullivan is used to the grisly truth of death as it is presents itself in all its grim glory. This time, death appears to her in an unexpected guise. Can she come to terms with the possible fact that life – of a kind – survives its mortal bonds? Does the mind play tricks or are there really echoes of life after death? If you do not believe now, you soon will. 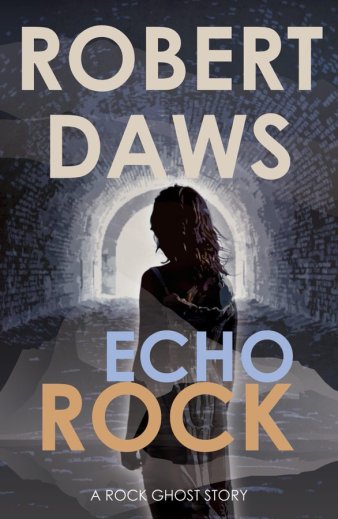 Full of suspense and mystery, the tunnel in this marvellous short story is one that will enthrall as it encapsulates you until the end. There’s a lot packed in within just 26 pages to keep anyone guessing what mysteries are held within the Dudley Ward Tunnel, Gibraltar.

Readers are taken to Detective Sergeant Tamara Sullivan’s account of the events of 15th and 16th September 2015. It’s an interesting way of telling what happened on these dates and it works well.
The story starts in the seemingly innocent, picturesque surroundings of the Gibraltar, where there is a real sense of where Sullivan went to within the island. The writing of the character DS Sullivan gives a marvelous insight to the character and her strong personality, traits and more… For those who have encountered her in the novels and those who have yet to discover them. Do take note that this is a completely stand-alone short story.

From a relaxed pace at the very beginning that would lull anyone into a false sense of security, the pace notches up somewhat as the intensity of the atmosphere builds and builds as does the intrigue about what is there, and all is certainly not normal  within the tunnel… An investigation is mounted to try to discover who or what it was within the there and all turns even more mysterious, intense and ghostly. It is far from your average journey…

The ending is up there with one of the most lovely, tender endings I’ve certainly read.
All in all this short story is one I highly recommend. The growing pace and atmosphere is incredibly well structured and the plot is enjoyable and written very well.
Look out for this FREE offer of Echo Rock when you subscribe to  www.hobeck.net    . It won’t disappoint!

As an actor, Robert Daws has appeared in leading roles in a number of award-winning and long-running British television series, including Jeeves and Wooster, Casualty, The House of Eliott, Outside Edge, Roger Roger, Sword of Honour, Take A Girl Like You, Doc Martin, New Tricks, Midsomer Murders, Rock and Chips, The Royal, Death in Paradise, Father Brown and Poldark.

His recent work for the stage includes the national tours of Ten Times Table, Alarms and Excursions, Blackbird. In the The Secret of Sherlock Holmes, Geoffrey Hammond in Public Property,  Yes, Prime Minister and Summoned by Betjeman.

His many BBC radio performances include Arthur Lowe in Dear Arthur, Love John, Ronnie Barker in Goodnight from Him and Chief Inspector Trueman in Trueman and Riley, the long-running police detective series he co-created with writer Brian B Thompson (available on Audible now… also reviewed on the blog).

Real name is Louise. Books and Theatres are passions of mine, as is supporting people in any way I can. Since starting my blog in 2019 I’ve reviewed books and theatre. Publishers, authors, blog tour organisers kindly entrust me with books, in-exchange of an honest review. I’ve been invited to and attend book events and write them up and review. I have started to interview authors too. I review theatre - plays, musicals, stand up comedy. I’ve been invited to review plays and comedians. I love connecting with the reading, writing, publishing, acting communities. On my blog, I also have a Contact Me, if you’d like anything reviewed etc. I generally get back to people within 48hrs. I hope you enjoy my blog as I take you through my book and theatre reviews as well as book events and festivals as I attend them. View all posts by bookmarksandstages