Write-up of Ruth Jones In Conversation
With Hannah Beckerman

Ruth Jones was in conversation with journalist and author – Hannah Beckerman on Publication Day (3rd September 2020) of her new book Us Three. The talk was sparkling with enthusiasm and fun, covering her new book, writing and TV.

Ruth, during lockdown, was with her husband in Cardiff, Wales, unsuccessfully growing plants and reassessing her life with plans that never happened, like learning the piano or guitar. It was a great opener to the conversation and was witty, with an air of down-to-earthness. This down-to-earthness came across again, later in the talk, when she spoke of being so happy about Never Greener doing so well in the charts, which she had not expected, like she hadn’t expected to be on TV either. Now, having a bit more understanding of publishing, seems even happier about Us Three. She sounds like she is enjoying it. 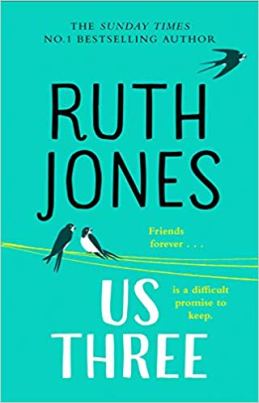 The book – Us Three is about 3 friends – Laura, Judith and Catrin and there are talks of them making a pact together on a curly-wurly wrapper. There are three because she decided it would create more interest than just two.
The book spans over 4 decades of this friendship and she chose this as her focus, to move away from the toxic relationship within Never Greener, which soared through the charts for over 10 weeks.

It was so lovely to hear that Ruth herself has been blessed with such good friendships that have spanned over so many years and seen so many milestones of life together, since primary school and says there’s a bit of each of them and herself within the book as they inspired her characters journey, but essentially it’s all made-up. It was however more interesting when she expanded in talking about how there’s a certain dynamic between friends who have been together through life for such a long time and a certain part that can feel child-like in a sense and also sibling-like in another sense. The thing with Ruth Jones, is, what she was sharing was pretty relatable to. She was pretty honest as well, about having to delve into her own friend’s and sister’s memories and for inner detailing of the likes of Cyprus and talked of her own holidays abroad and the very south of England.

The parenting in the book takes on a different dynamic with Catrin and her over-protective dad and Judith and her step-dad, who has a gentler relationship with his step-daughter. She divulged how she, herself is a step-mum. I must say, I loved her attitude, that she didn’t set-out to be celebratory of blended-families and that, instead, she is more of a fan of just getting on with life together. From what she talked about, she does come across as being a great step-mum and sounds like a great family.

Upon being asked about ensemble writing, by Hannah, from her writing great main and secondary characters, she says with both prose fiction and screen-writing, she starts with characters and then works ut the chemical reaction of them coming together and loves the chaos that brings. She tries to write realistically, which I must say, comes across in her books. She balances good stuff with the bad stuff and under-pins it with humour as that’s what can happen in real-life.

Ruth Jones talked of TV as well. In terms of script-writing, she had wondered if she could write a book, although the approach is different. She discovered she loved going into the psychology a bit more than in a script. She isn’t a planner, she said, as she intimated she works at all sorts of hours. This is interestingly, in complete contrast to Hannah, who is a plotter and a planner. It just shows that people work so differently and yet still do so well.

Of course Hannah asked the question on everyone’s lips – “Will there be more Gavin and Stacey”. It was entertaining hearing her almost skirt around this as she talked about the Christmas special that drew in a huge audience, which neither her nor James Corden predicted and had instead been preparing for the worst. They also kept it so quiet. It was nice she credited the BBC for also doing so. They had a master-plan, which worked, for how people would find out and not through leaks in the press. She talked about how hard it is for her and James Corden to be together and they prefer to write in each other’s physical company due to Covid and also being busy, rather than via Zoom. It does sound a spectacular working relationship. She mentioned there may or may not be a story-line. There were lots of teasers. So, in other words, only her and James Corden will know the answer.

She came across as so grateful for her acting success and even the times when she had a line in May to December and a line and a look in the Gwyneth Paltrow version of Emma, siting that everything is important and she ensure in her writing too that nothing is wasted.

Us Three is available to buy now! 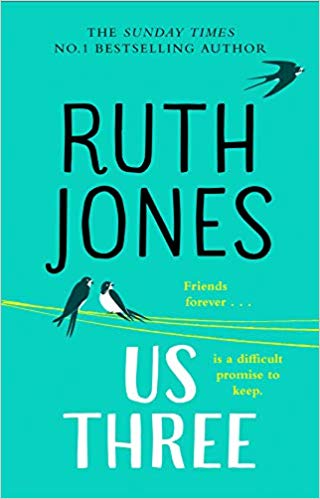