Today I am delighted to be on the blog tour for Kissing Lying Down. It is a book that takes relationships to their most gritty edges.
Thanks to Love Books Tours for inviting me to review and providing the book.

Gordon knows what Gabby wants but he hates to do what he’s told; Chrissy stalks the internet to find what her fiance wouldn’t give her; three friends reunite during a heatwave and their evening gets better and better, until it doesn’t.

In these relationship tales, many are burned by their pasts while scanning their horizons… A woman wonders if passing strangers have a better sex-face than her boyfriend; a birthday meal goes sour at the offer of no-strings dessert.

Navigating the on and offline worlds of pairing up, this spiky collection of short stories delves deep, with dark humour, into what it takes to strap on a smile through thirty-something failure and make human connections in the modern age.

Six short stories all consisting of relationships. They aren’t all happy relationships and some have a gritty realism of what can really go on behind closed doors. They take readers into all different stages of love, such as dating to weighing up whether to stay together or not, to that one word of “no” being ignored. At first glance you’d think it’s a book women to read, this is true, but a second thought crossed my mind, what if men were to read it and then think more about their behaviour too, as this is one of the things the stories focus on. It doesn’t feel vindictive against men, it just bravely takes readers away from the complete loved up romance, to something that is also real and dark, but with some uplifting elements scattered here and there too. It shows how romance isn’t all black and white and nor is it as innocent as it sounds…

The first consists of the tangled world of dating and how complicated it can be and just browsing through all those men, weeding out the unsuitable ones is hard enough, but then the story brings out the complexities the internet chats and questioning to find out more about each other to actually meeting.
The writing is all encompassing and paints a pretty accurate picture.

In the second, there’s what Janie calls “Mills & Boon moment” in  cafe, a glance, a wink here and there… the casualness of it all… and if she wants something to actually happen, she’s going to have to be the one to do it, and sounds pretty fed up of how men do this to women and shows how men don’t always do the courting anymore and shy away sometimes from it and how men can be pretty disappointing in how they say stuff, but don’t always mean it. It should perhaps be a story for men to read too.

In the third story it shows how a bit of romance can go just too far and dominant males don’t always pay attention to the word “No!” There’s the emotion and terror of the struggle as she tries to fight the assailant. It’s an important story that shows that men aren’t always strangers who sexually assault and even if in a romantic liason, this can still happen. It’s quite a vital story.

The fourth tale is about a woman who isn’t into commitment, she wants a man but not a husband. It’s about a different sort of love and terms of relationship, but love none-the-less.

The penultimate story takes place in bustling Sauchiehall Street – Glasgow on a fairly drunken night out. It swiftly moves onto the relationship between Sheridan and Ross and how they live, at least some of it by spreadsheet, but then sometimes he can be protective. The relationship also sounds on the brink. Read further to find out if they can find enough reasons to stay with each other or not…

The final story tells of a couple who met, lived a life and how it all came to an end, which isn’t quite how you might imagine it to be. 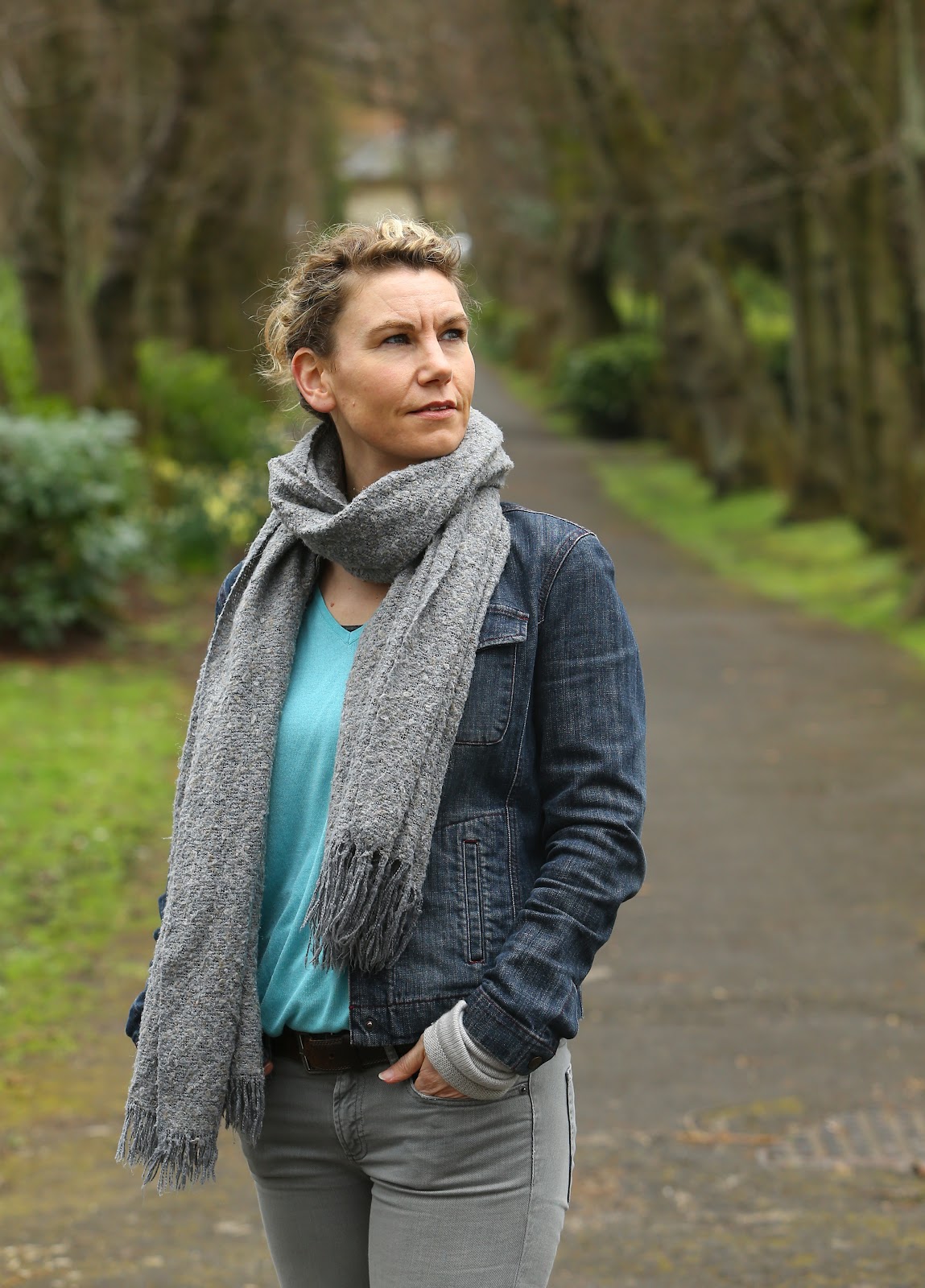 Kate Tough is a fiction writer and visual poet.

Her novel, Keep Walking, Rhona Beech (Abacus, 2019) is available from all usual outlets. It’s the retitled second edition of, Head for the Edge, Keep Walking (Cargo) which has had five stars on Amazon since 2014. The book is a funny and moving account of how a thirty-something office worker in Glasgow, with a clumsy tendency to speak her mind, puts her life back together after it spectacularly falls apart.

Readers have noted that the novel reminds them of a book about someone called Eleanor Oliphant, although Kate’s novel appeared prior to that one, in 2014, when it got good attention in the Scottish media. It’s great that readers can enjoy both books and a bonus that people who like one character have an opportunity to discover the other one.

Kate’s poetry pamphlet, tilt-shift, was Runner Up in the Callum Macdonald Memorial Award, 2017 and her piece, ‘People Made Glasgow’, was selected as a Best Scottish Poem 2016. Recently, her work was included in Makar/Unmakar: Twelve Contemporary Poets in Scotland and she’s an invited poet at STANZA in 2021. She has a Masters in Creative Writing from the University of Glasgow.

Last year Kate adopted a cat with very long tail who shares his name with the Prime Minister of Britain – the rescue centre gave him that name – but now that she knows him better (the cat, not the Prime Minister) she’d have chosen the name Rocket, because of the way he shoots from underneath furniture at unbelievable speeds.

Kate understands that life isn’t an easy ride and she lives in perpetual awe of her fellow humans; getting out of bed each day and getting involved. On a general basis, if she sees the sun rising and swims lengths in a tide pool, then its not a bad day.

For occasional updates from the author about new work, writing tips and audio clips, subscribe via the button on Kate’s website at www.katetough.com