Deja Vu, even though set in and around the school, is firmly in the adult fiction genre, with its big themes that twist this way and that and have so much unexpected depth and shines a light into some current situations. All combined, with great plotting, this all makes it rather more compelling than expected.
Thanks to Cherry Publishing for inviting me and gifting me the book to review. You can find the blurb and review below. 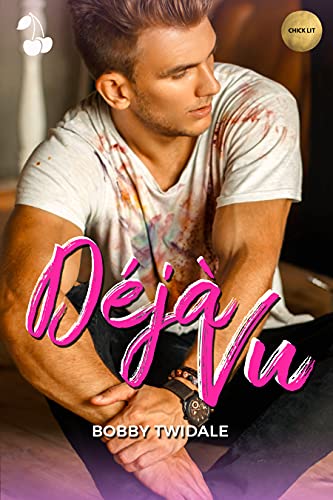 Connie Bentley is not your average Newly Qualified Teacher. Moving back to live with her parents while working at St George’s Independent Day School for boys is not how she imagined her life would be at thirty-two.

Art teacher Matt Turner is not average in any way. A relationship with a colleague eight years ago didn’t lead to the happy outcome he’d expected — he’s now older, wiser, and warier.

When Connie and Matt meet, the spark of attraction is immediate and mutual. Although neither is going to admit to that because the more they learn about each other, the more they’re both getting an uncomfortable feeling of déjà vu.

Will past hurt, raw wounds, and unexpected twists stand between them, or will they both get a second chance at love?

Connie Bentley has a tough start at her new school, where she is a newly qualified teacher, appointed to teach French,, even from the minute she sits down in the staff room, due to that age old problem of poor communication, so she didn’t get certain messages, but the staff seem nice enough, when she starts to meet them.

The fact it is about a romance between teachers appealed to me, since, when I was school age, lots of years ago, an English teacher had an affair with an Art teacher. It did work out for them, with its own life twists and turns, I learned later.

Deja vu has humour in and around the staffroom, all those things you may or may not see if you’re a pupil. It is also about moving onwards in life and shows that teachers are only human too. Connie had a relationship,  before her new job and is now at this boy’s school for a new start. What a new start she gets when her birthday comes around with an absolute eye-popping present that many people could only dream of.

The book does in fact concentrate on that whole school vibe from a way that is most definitely adult romantic fiction with the themes it presents. It’s entertaining reading the banter, but there’s also some sorrow in there too as it takes a well-observed look at their lives outwith the classroom too. You get a good feel for the atmosphere around the staff and it is pretty lovely, it makes it feel like a school anyone would want to work in or be associated with, by the way they treat their new team member.

Matt is an interesting character as he pretty much keeps himself to himself and builds metaphorical barriers around him when it comes to women, especially on social occasions. It creates an air of mystery and intrigue to know what happened to him. This brings a whole different slant on things as often, if there’s going to be a character, such as Matt, it is the female, so it turns certain subjects on its head, adding to the intrigue.

There’s tension built up between 2 members of staff. It’s a subject that is current, real and very serious. It is one that brings such a twist and such powerful themes to the whole romance genre.