A Beautiful Spy
By Rachel Hore

It gives me pleasure to announce that I am closing the blog tour for A Beautiful Spy By Rachel Hore. It shows the perilous and dark corners of the world in a mysterious and intense fashion. Thanks to Simon and Schuster for providing a print copy of the book and for Rachel’s Random Resources for inviting me to the blog tour. Find out more about the author and her book, as well as the rest of my thoughts in the review… 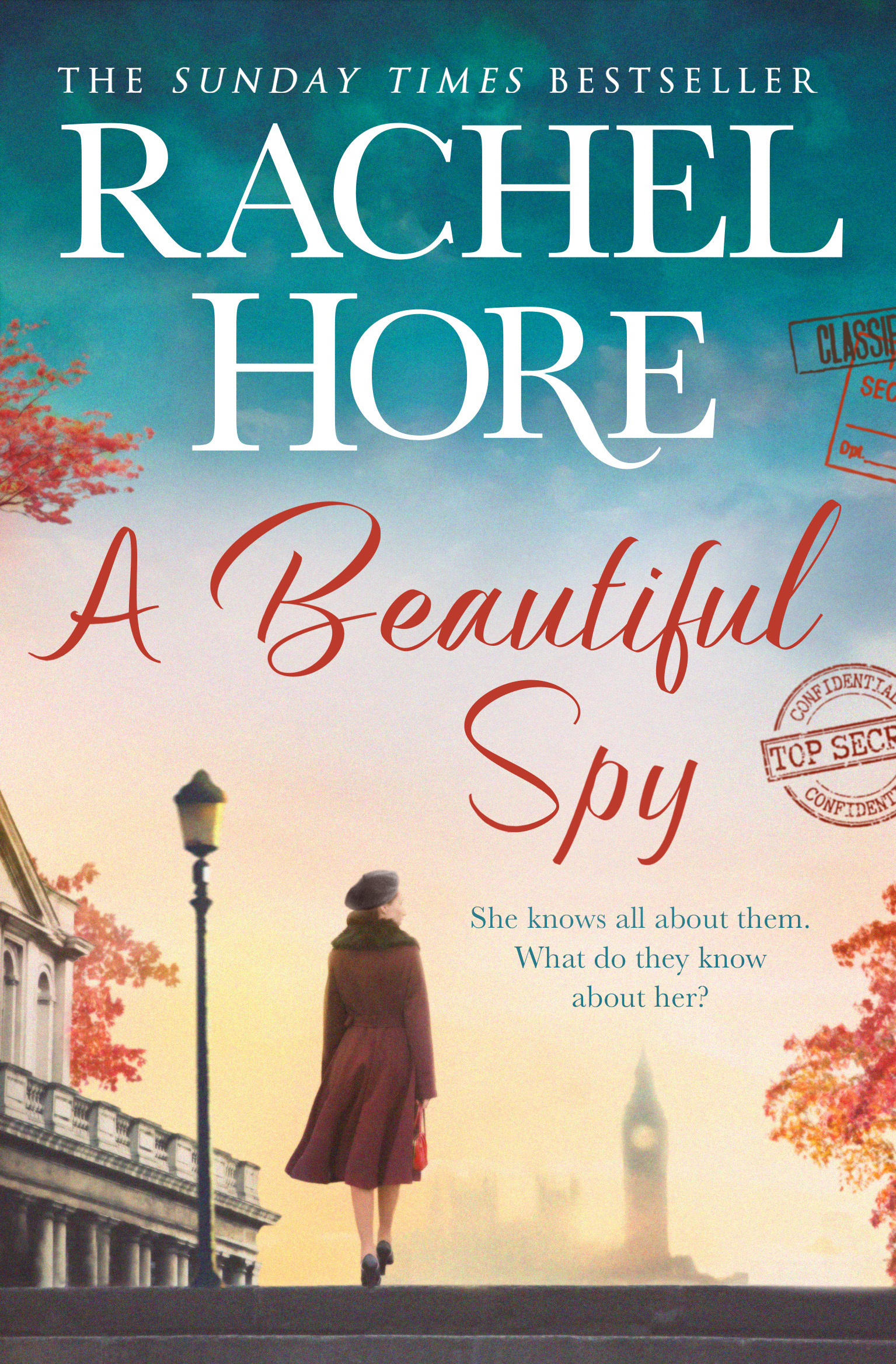 Rachel Hore worked in London publishing for many years before moving with her family to Norwich, where she taught publishing and creative writing at the University of East Anglia until deciding to become a full-time writer. She is the Sunday Times (London) bestselling author of ten novels, including The Love Child. She is married to the writer D.J. Taylor and they have three sons.

Minnie Gray is an ordinary young woman. She is also a spy for the British government.

Minnie is supposed to find a nice man, get married and have children. The problem is it doesn’t appeal to her at all. She is working as a secretary, but longs to make a difference.

Then, one day, she gets her chance. She is recruited by the British government as a spy. Under strict instructions not to tell anyone, not even her family, she moves to London and begins her mission – to infiltrate the Communist movement.

Minnie Gray is the main protagonist, with the book predominantely sweeping through the 1930’s, but also hitting on more modern times every so often. In 1928, Minnie wants more for her life and she certainly isn’t into meeting the Chamberlains, even though they were increasingly making their mark in the House of Commons. Life moves swiftly on from that time and readers learn about Minnie and her upbringing. What she hadn’t initially realised was that her connections then were to change the course of her life. Through her connections, she certainly becomes far removed from being a dutiful and stay at home wife. She has the opportunity to be a government spy, with the remit to spy on Communist Russia and to delve deeper into UK supporters of the regime.

There’s a bit of glamour that’s in the backdrop of a deeper, darker world and has her eyes opened wide to what the propaganda really means and where meetings take place in places where no one would normally suspect anything untoward could possibly happen.

The book shows how dangerous some politics are, especially by those with no alliegence to a country. It also sets out how people are taken in by clever propaganda. There are comparison’s that can be made into the book that can be made today and not only just with Russia, but with anywhere that has a more nationalist party. Although the book is set in the past and is about the dark, dangerous, yet exciting world for a fictional protagonist, there are some lines here and there that can be linked to certain aspects of today’s world and also the world of so-called unlikely leaders being voted into power. The book doesn’t delve too much into the roads of Communism, as Communism, as readers will know, doesn’t start there, there are other books that demonstrate this, this shows more when Communism has already got its grip.

The book is a slow suspense, but none-the-less gripping, especially for those readers who find the life of a spy and keeping identities hidden, fascinating. This book is a bit different from some spy fiction in that it doesn’t totally glamourise it and can show what an anxiety inducing life it can be and how challenging it can be, and yet change a person a bit, as demonstrated in the tastes of books Minnie used to like, compared to her tastes since becoming a spy as her worldly view has changed. The book isn’t all blazing guns and gadgets either. There is however, intelligence and a life of characters that seems plausible, and there is the wrangling of Minnie and a glimmer of desire to be set free by MI5 to lead a life outside spying, but she has proven herself well and to be valuable and stays, but things get ever more dangerous…. until a point when, finally, readers will be able to breath again, as can the woman, who led a double life.

Time moves forwards to the 1940’s and Minnie’s life has changed again, as does the pace and tone, but some histories in life can’t totally be erased and nor can the residue, certain parts of life leave behind…

This is, overall, a fascinating and intense book that leaves you wondering what next for this “Beautiful Spy”, at each turn…

Visit her at RachelHore.co.uk and connect with her on Twitter @RachelHore.