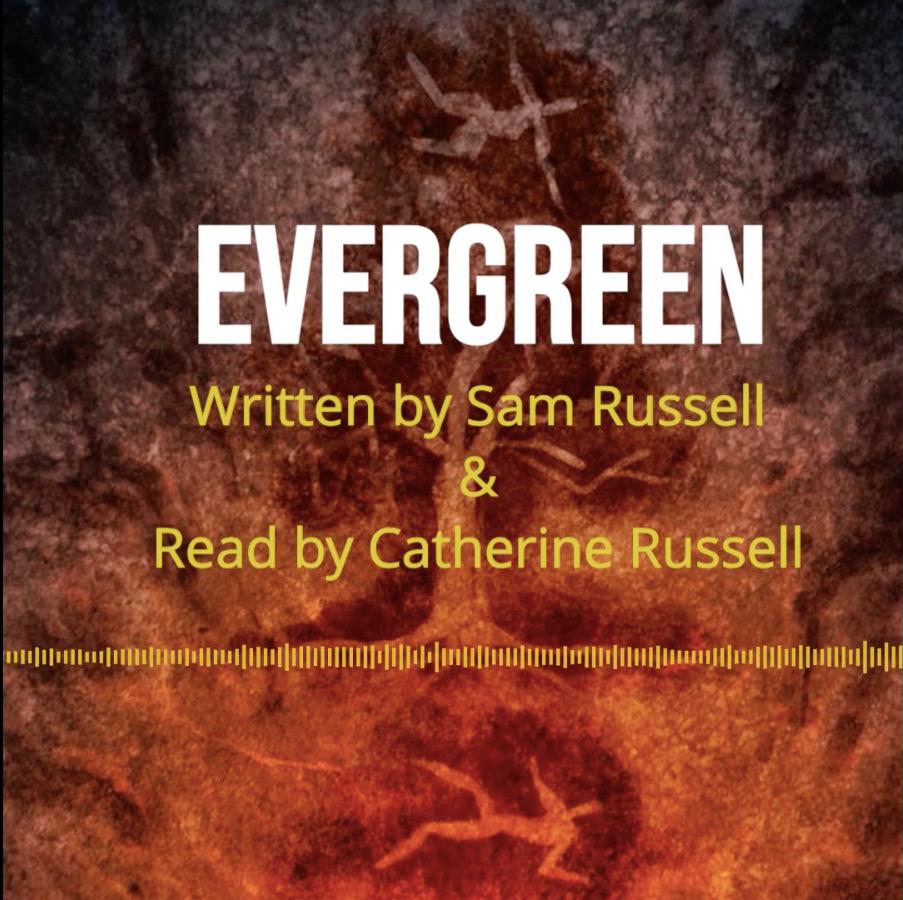 Reviewing Evergreen came about because I was approached by Catherine Russell to do some retweets about this fantasy serial that I had started to listen to. Catherine Russell is known for Holby City and more… Sam Russell for improv comedy… There’s more about them at the end of my review.
I am enjoying Evergreen so much, that I though it worth the time on writing a blog review too, so just maybe people not on Twitter etc could get to know about it. I have provided their links below so you can find where to listen to Evergreen. It is FREE to tune in. It’s broadcast fortnightly, but all the episodes recorded so far are there, so it doesn’t matter whether you’re up to date or just starting out in listening to it.

Thanks to Sam Russell for providing the artwork, which I must admit, is very cool. Take a look for yourselves, and also find out a bit more…

EVERGREEN – Book 1 in the Everman trilogy

Adam, the first man and his wife, the first woman, Eve, were punished by God with separation and immortality.

Adam spends his long life searching for her, inadvertently becoming the catalyst for many of humanity’s myths and legends.

Now, after 200 years searching other realms, Adam lands, a fish out of water, in present-day London with a fresh lead on his wife’s location…

Evergreen is an audio fantasy serial released just like a podcast, a new chapter every two weeks. The vibe of the project is to create that same atmosphere of when you used to listen to a tape at bedtime as a kid.

Evergreen is set between Sherwood Forest and Nottingham Castle; with so many myths, legends and history, it is a great setting for this audio podcast/graphic novel, which in itself is also an ingenious idea for storytelling as it allows readers to listen from many places. Please see the link to show you how and where. 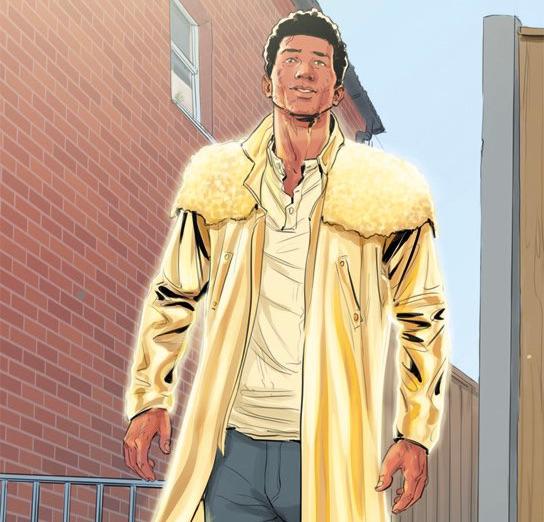 From the outset, this is an intriguing story about Norman who suddenly finds himself in a castle in a precarious position. Norman is a character who is quite ordinary as his work in in the bakery, but extraordinary things happen as he becomes a castle guard.

There are twists and turns, some humour and a quest.  Norman changes career from the bakery to castle guard, big difference in career, but to Norman the shift makes sense, but he is far from your typical guard in personality and this makes it even more intriguing to see what happens.. Action ensues and there’s a lot for Norman to learn in this fast-paced, curious and absolutely enthralling fantasy story that has its characters on edge and ready for any siege on the castle.

The way characters make appearance is absolutely wonderful, especially for readers who perhaps are not too familiar with Sherwood Forest and its people, for those who are, nothing is lost either. This is skillfully thought-out and somehow still adds intrigue and excitement, especially to see what happens to Norman.

There is a clever mystique about this story and there is a quest. A quest to find a mysterious man’s wife.

There is the weaving into Brian’s life in very modern times, which injects some romantic times of his past, however awkward from this business man, into the tale. He’s a very particular man and there it shows how society has changed and how times have moved onwards for better or worse. It is most observant and it is bittersweet and intriguing as something unexpected happens when he is on a patch of land he likes so much in London.

Evergreen reels you in and makes you want to know more and more until you’re so immersed that there is a need to listen to more episodes and then there’s that sweet anticipation when waiting until the next episode.

The descriptions are rich. The weaving of intrigue, social aspects, illness, sadness, kindness, romance, bittersweet and a terrific dose of humour makes Evergreen a most entertaining and poignant tale to listen to.

There’s an amazingly long friendship who are kindred spirits in Evelyn and Faye. When younger, their imaginations were funny that bring back childhood memories. Listeners also get to know about their adult-lives and then something happens with a man in a nearby boat…

It shows London through new eyes, in a way that perhaps in a new appreciation of what is there, yet often taken for granted.

This is a story that is also about being in places you may not quite feel like you belong in and so much more…. It’s also philisophical, especially where life, love and romance is concerned.

The time changes give depth and much interest.

Peter “Pete” Smith at the UCL brings something more political to the story. Amongst the wit is something deeper and  thought-provoking and which brings a truth of today’s world. It also brings a certain reunion so, just as you wonder where this fits in, it really does and the two people end up on a quest…

The writing is fantastic, every word counts and matters, with every scene painting a picture of what is happening. The narration is easy to listen to. Catherine Russell is excellent at narrating/reading this. It would be easy to listen to all day. She really brings the story to life, as though many people are playing the parts. She uses a lot of her acting skills with aplomb!

The Author and Narrator

Sam Russell is perhaps best known for his comedy and being part of Improv Comedy group – Shoot from the Hip. Click Here for more info.
Follow on Twitter – @SamRussellComic

Catherine Russell is best known for acting on stage and screen. She has starred in many tv shows from Chandler and Co. to The Inspector Lynley Mysteries to Holby City and more… and in films such as Bridget Jone’s Diary – The Edge of Reason.
On stage she has appeared in many theatre plays, such as What the Butler Saw, One Flew Over The Cuckoo’s Nest and more. She is also Patron of Streatham Hill Theatre.
Follow on Twitter @catherinerusse2