Drinking Custard – Diary Of A Confused Mum
By Lucy Beaumont

Today I am on a blog tour for an entertaining non-fiction – autobiographical book – Drinking Custard – Diary of a Confused Mum. Discover more in the blurb and review below. Thanks first to Random T. Tours for inviting me to review on the blog tour and for Octopus Books for gifting a hardback copy of the book. 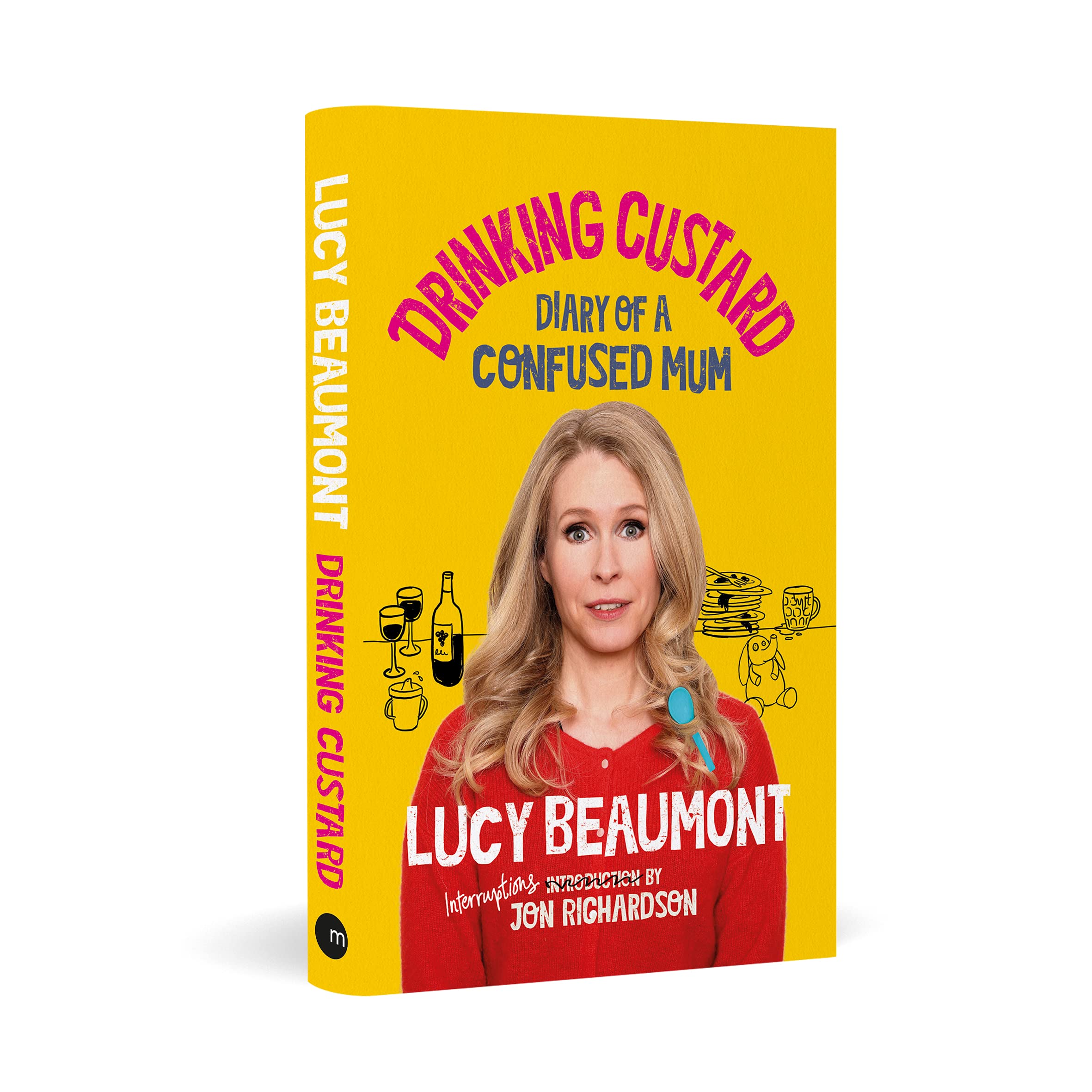 About the Lucy Beaumont
and the Book

Known for her sharp, witty and surreal view on everyday life, Lucy shares the unpredictable craziness of being a mum in this brilliant and laugh-out-loud ‘mumoir’. Mums everywhere will recognise the madness of it all. From when Lucy was hospitalised with indigestion in her third trimester (blame the burrito), to when she was *this close* to slapping her hypnobirthing instructor, to fi nding herself drinking a whole pint of custard in one sitting.
Drinking Custard also captures Lucy’s marriage to comedian Jon, as they navigate Lucy’s raging pregnancy hormones and balk at pram prices together. 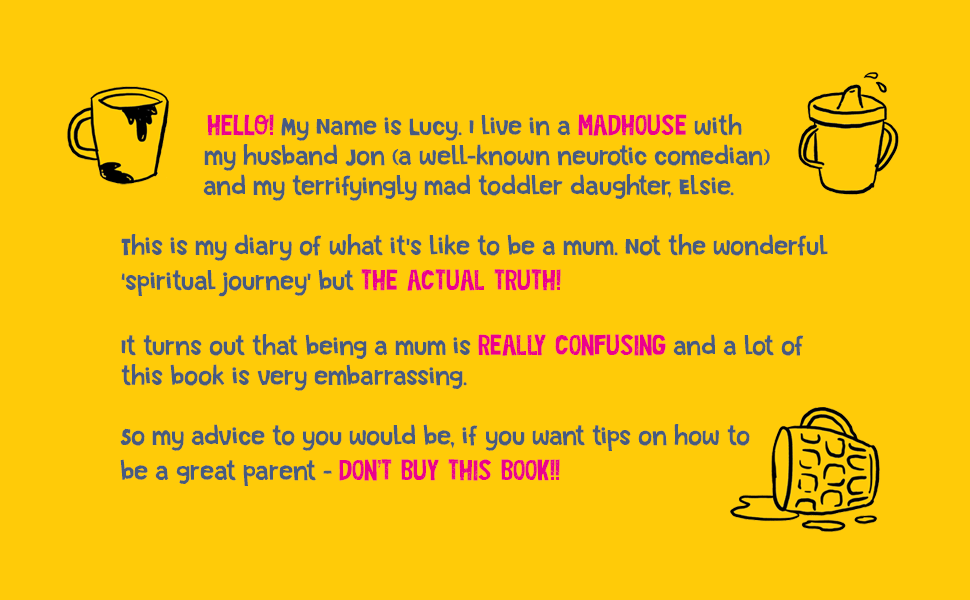 Firstly, Lucy Beaumont makes it clear she hasn’t written a parental advice book. As I read through the book, this is a book with humour and with anecdotes that parents may be able to relate to in their own lives.
There is about Lucy herself, who is also a comedian and her lifestyle as well as how she met fellow comedian – Jon Richardson, who she rubs up the wrong way from time to time. It’s really rather funny!

The way the book is set-out is fun, quick and easy to read for those busy parents. It’s easy to dip in and out of. It’s an entertaining enough book for something different to read to lift people’s mood.

There are some serious moments too, about hormones, the changes within her body whilst being pregnant and the challenges of those night feeds. There’s also joy of reaching certain milestones too, between missing the life pre-baby. There’s the changes in conversations from Homes Under The Hammer exchanged to Paw Patrol and Bing etc. and the groups to join up to and progressing onto nursery runs.

The book is entertaining and seems to be an honest, yet humorous account of life and becoming and being parents. 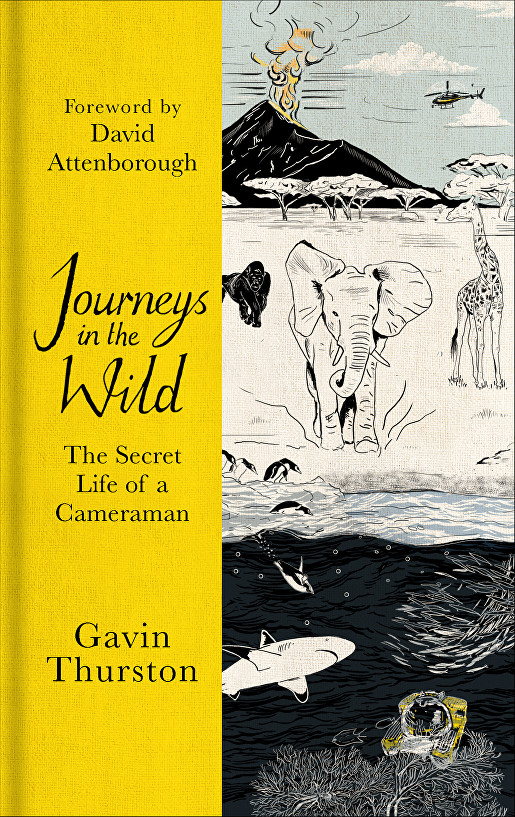 Journeys in the Wild
The Secret Life of a Cameraman
By Gavin Thurston
Rated: 5 stars *****

What a wonderfully observed, written book, full of first hand experience I have reviewed by the award-winning and dare I say, now, multi-talented Gavin Thurston. I am so pleased to have picked it up and read it. There’s adventure, trepidation, humour and such warmth within this non-fiction, diarised book. I must say I was impressed by the calibre of writing and the ability to hold my attention beginning to end. It could have been dry, but this book certainly isn’t that. It was fairly unputdownable, as I suspected it would be, so had to wait until I had a sizeable amount of time to devote to the book I have enjoyed so much. I have the blurb and my review as well as links to Gavin Thurston’s website to share with you all today. The book is available to buy now in hardback, E-book and Audiobook and available in paperback 28th May and can be pre-ordered. See links for options below the blurb and review.

From award-winning Blue Planet 11 and Planet Earth 11 cameraman Gavin Thurston comes extraordinary true stories of what it takes to film our planet’s most captivating creatures.

Against the backdrop of civil wars, coups, plane crashes and kidnap attempts, Gavin has lurked in the shadows of some of the world’s remotest places in order to capture footage of the animal kingdom’s finest: prides of lions; silverback gorillas; capuchin monkeys; penguins; mosquitoes – you name it, he’s filmed it.

From journeys to the deepest depths of the Antarctic Ocean to the peaks of the Himalayas and the wild forests of the Congo, Gavin invites you to come inside the cameraman’s secret world. Discover the hours spent patiently waiting for the protagonists to appear, the inevitable dangers hiding in the wings and the heart-warming, life affirming moments the cameras miss as well as capture.

There is also high praise from Michael Palin, Joanna Lumley and David Attenborough.

Gavin Thurston – talented with a camera to get footage onto screens and talented with a pen and computer at putting brilliant observations down on the page and with a bit of humour within the adventures and the encountered dangers.

I bought this book with a book token I was gifted by a friend. I had been eyeing it up for long enough. Gavin Thurston is an incredibly talented cameraman and it turns out, writer too. There’s also an incredible forward by David Attenborough, who explains why we are now seeing cameramen on our tv screens, and it isn’t due to any obvious reasoning. He also has a lot of good things to say about Gavin Thurston and upon reading his book, I can see why. This is an absolute Must Read book in my opinion. From the minute I picked up the book I was hooked in. The writing for the way each part of his life is told is absolutely brilliant. This man can write and does so in a way that grabs attention. Time when reading this book flies by and is barely noticed. It is even better than what I thought it would be.

I could tell from the first few pages I was going to really like this book, well, in fact I love it very much. Gavin Thurston’s life as a cameraman is amazing with all the brilliant people and animals he has met, but this is such a down to earth book. It has imagery and humour in the writing. He has really encapsulated a world, that I guess, if you didn’t work within that field or didn’t watch the now documented bits at the end of wildlife programmes that are becoming more prevalent, this is part of a world you wouldn’t normally see and certainly at the times that are written about, on the whole, you wouldn’t know what went on behind the scenes.

In Corfu, Gavin was part of the team filming the animals for the 1980’s adaptation of Gerald Durrell’s book – My Family and Other Animals.

He travelled to the Soviet – the USSR as was in the 1990. There are great anecdotes about the flight and even what he had to go through beforehand with the BBC. There’s trepidation to be found in capturing a camera shot of chicks and even more danger when driving onwards to Afghanistan and there’s some stomach-churning alcohol distilling.

1997 finds him filming sequences for David Attenborough’s Life of Birds in the Galapagos Islands. There are more than beautiful birds to watch out for, there’s also an issue of Gavin’s good friend Nigel’s tooth to fix by themselves on the remote islands. There are brilliant snapshots of things that went on behind the scenes that, if it weren’t for them being documented in this book, most people certainly wouldn’t know about because this is also a book that takes readers beyond the filming too.

In Kenya in 1988 there are beautifully written observations on elephants and then the high drama of killer bees and then off to Panama at the time of the Lockerbie bombing. This book certainly shows that being a wildlife cameraman, may be an amazing job, but not one for the faint-hearted as it seems it can be fraught with all sorts of dangers. There are however very cool insights into David Attenborough here and there too, during and after the cameras stop rolling. There is a lovely warmth that seems to exist within camera crews, which is very nicely depicted.

The 1990’s explores China, Italy and the USA, filming cute pandas and more…

2001 in the Congo, there’s deadly fungus that may well make your skin crawl and chimps that need saving. The writing is vivid and adept.

There are glimpses of back home in Bristol to tell how last-minute jobs came in, like going to Antarctica to film penguins.

In Hawaii in 1997 Violent Planet was being filmed and this time it is bubbling molten lava being filmed. The writing is vivid and captures the atmosphere.

The book, apart from showing nature and the ups and the challenges of being in the wild, takes you to places where you don’t necessarily always think about too much, if at all, such as the balancing homelife and being away for weeks, months even, on end. It also bravely gives insight to some of the precarious nature of being a cameraman too.

There’s insights into elephants for a BBC programme that seem so beautiful and amazing, and yet, filmed in a place of danger, not from the elephants, but a human kidnapper… Life gets dangerous again when filming for The Private Life of Plants and even more so again when filming wildlife during a civil war. It is all captured so well in the writing, in such a way that makes you want to read on to see what both is lived through and captured on camera.

Gavin Thurston also writes great observations about tribes and large logging companies and some of the consequences.

The book concludes almost how it began, which is really lovely and beautifully written, as is, indeed throughout the whole of this book. I am glad I picked it up and read it and I hope many other people will too. By the end, whatever respect you have for wildlife cameramen/people will surely be heightened further.

Below are links to Gavin Thurston’s website and how you can purchase this fine book. I will add I loved the book and I hope others do too, I don’t get any money from sales or indeed at all.

Journeys in the WIld