The Little Wartime Library is based on real events and is absolutely extraordinary! It is insightful and will lead you to a library you may not have known existed where it did. It is far from your usual place in this book with a fascinating page-turning, heartwarming plot, based on a lot of fact. I am truly impressed.
Thanks to Kate Thompson for allowing me to review and to be part of an interview process of 100 librarians for an article (not commented on this review, as I have not seen it, but what I have commented on is the book itself and the author’s note). This is an important and must read book for all of society. Find out more in the blurb and my review below.

Clara Button is no ordinary librarian. While the world remains at war, in East London Clara has created the country’s only underground library, built over the tracks in the disused Bethnal Green tube station. Down here a secret community thrives: with thousands of bunk beds, a nursery, a café and a theatre offering shelter, solace and escape from the bombs that fall above.

Along with her glamorous best friend and library assistant Ruby Munroe, Clara ensures the library is the beating heart of life underground. But as the war drags on, the women’s determination to remain strong in the face of adversity is tested to the limits when it seems it may come at the price of keeping those closest to them alive.

Based on true events, The Little Wartime Library is a gripping and heart-wrenching page-turner that remembers one of the greatest resistance stories of the war.

Readers meet Clara Button in 1944 in the East End of London. She created a safe library underground, when there was war all around. The introduction to her and this story is fascinating and shows the flexibility and resilience of librarians and their assistants.
Throughout, there are some quotes taken from various librarians. There is mention of an article. I have not seen this in the proof copy I had to review from.

Kate Thompson has interviewed 100 librarians, I was absolutely priveleged to be one of them. She writes an authors note, addressing librarians and also for anyone reading her book, that is so pleasing to read. It is a bit like a love letter. She has debunked many myths about libraries and librarians and also tells a truth about what is happening to them, as well as their importance and how and why they are still as relevant today as they ever were. I’ve never read anything like it and nor am I probably ever likely to again and for this, I thank Kate Thompson for what makes my heart soar with joy that someone truly understands.

There’s an adventure to be embarked. One of history and a library to be found and suddenly readers are hurtled back from the present day, (where it begins in the prologue) to 1944. It is an emotional, vivid and inspiring book.
This book shows that in 1944, libraries didn’t disappear as such and this one ingeniously moved underground. Clara is such a likeable character and it is so interesting getting to know her and her best friend and library assistant – Ruby Munroe. Clara has such strength in character, that she carried on, even through her own grief. I got a sense that her and I just might have got along.

The writing shows that a lot of research has been put in and yet it is light with its touch. It is a beautiful story of war, resillience, love and loss and of course libraries carrying on no matter what is thrown at them. It pulls you in and the style of writing is entrancing. It’s a feast for the eyes and mind with characters that are fascinating to meet, some with their own issues to deal with, including Clara herself with her family, especially the fractious relationship between her and her mother as far as the library was concerned. There is also a new boss, who is not likeable and may cause readers to have a fixed glare at his character, despite this, the library is abuzz with atmosphere and people reaching out for books.

There is also Ruby’s story being told in alternating chapters and as it unfolds, you get to know what a lovely friend she is to Clara. She also has a penchant for Gin cocktails. There is also some flirtation going on with some of the ARP.

Weaved amongst the two main characters are the lives of others within the area and it all becomes a rich tapestry of people from all different backgrounds, with their own stories to tell, some are the most heart-wrenching anyone could have. There are other big themes on mysoginist attitudes, that also encapsulate what was happening socially at the time, including attitudes around reading. There’s a lot of strong observation in the book that perhaps highlights certain things that aren’t always examined when looking at war-times, more topics looked at before and after, not always during, so that stands-out too.

There is trepidation, other than the dangers of war of course, that is very gripping.

Time moves onwards and Clara and Ruby are still there, and some of the debates around reading are still the same in 2022. Much like now, the library was under threat of closure, what ensues is a sobering thought. Suddenly by the end of some voracious reading, it is hard not to read slower, wondering what is going to happen as there was a turn of events earlier.

The book finishes with a wonderful epilogue, returning readers back to present day, where they began and this demonstrates the arcs that bridge different time periods very well.

Kate Thompson was born in London in 1974, and worked as a journalist for twenty years on women’s magazines and national newspapers. She now lives in Sunbury with her husband, two sons and a Lurcher called Ted. After ghost writing five memoirs, Kate moved into fiction. Kate’s first non-fiction social history documenting the forgotten histories of East End matriarchy, The Stepney Doorstep Society, was published in 2018 by Penguin. Her seventh novel, The Little Wartime Library is to be published by Hodder & Stoughton in the spring of 2022.

I watched later on online an event hosted by William Shaw featuring renowned and popular author of Vera and Shetland – Anne Cleeves and a librarian from Cambridgeshire libraries. For Anne Cleeves fans, you may be delighted to know that she has new books for you to get your teeth into.

Anne Cleeves is working on the follow up to The Long Call (a Matthew Venn book). The Darkest Evening is the latest Vera book. She talks of Matthew Venn being gay, not to be political or anything and a gay couple whom she knows and how she is just had them on her mind at the time of creating this character.

Anne talks about growing up in North Devon and the strong community. It sounds a happy time, growing up there in her teens and talks of friendships and special times, so feels she can write about there. It’s always interesting to hear snippets like this.

Anne Cleeves and William Shaw talked about tv. It’s interesting to hear how close to the books Brenda Blethyn is to the books and how Anne Cleeves is invited on set, which I think sounds really nice.

Readers may find interesting that Anne Cleeves alternates between the series of books when writing and doesn’t plot so far in advance.

It’s talked about crime writing being in a golden age, especially for those who write prolifically. Reginald Hill (Dalziel and Pascoe series) is how Rosie Veitch started reading crime. I think that’s a good choice. He is a great writer and an author who really would appeal to any adult age group. It is also worth noting that authors such as Ian Rankin really rate him too. So, worth trying out, if you haven’t already.  It’s quite a big series, so enough to keep people going and always well-written.

Watch out for Anne Cleeves earwigging in your conversations, sounds like bits may end up in a book, so many writers get ideas from people and conversations and places round about them.

Rosie Vietch works in Cambridgeshire. Of course it is strange for her as we fight to keep libraries open (fight be the word) and librarians are now doing work online like virtual meetings, virtual coffee break (take it from me, library staff like their tea and coffee).
Rosie Vietch likes Anne Cleeves books and how every voice for each series is different. I’ve heard people say this before.

Rosie Veitch and William Shaw talked at the beginnng of their chat, about libraries and how libraries have lots of magazines, newspapers, audiobooks and e-books and catalogue searching to see what to choose. Although Rosie Veitch talks about extending things public libraries offer, don’t always expect it from community libraries for so many reasons, that I could go on about from experience working in both the public libraries (paid) and community libraries (unpaid), but it would take away from my piece here about the people within it, as Rosie also talks about lovely childhood books.

Rosie Vietch has gone back to reading Mallory Tower and The Chalet School. It seems in times of crisis, some people tend to go to a place they feel most comfortable with. I will say they are lovely books in my opinion and I remember reading them in my tweens and early teen years too. 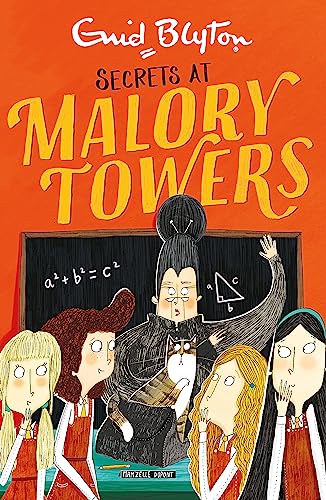 Coming up in next couple of days, if you were to tune in, is Adam Higgenbottom talking about a non-fiction book about Chernobyl. Rebecca Waite called Our Fathers’.

Click here for the link for the talk: The Whole Talk

You may also want to check out some books by William Shaw too. Here is just a few.