Today I have a bit about a new book to the world of business and entrepreneurship. It studies Social Goodness and what that actually means in terms of marketing, trends, expectations and much more… check out more about Claire Burdett below, who is an established author and businesswoman and more… Then find out a bit more about her book and how it may help you in your business.
It’s available as a paperback and e-book.

Claire Burdett is an entrepreneur, founder, businesswoman, writer, marketing pro, and social media aficionado… She has worked in digital and social media since its beginning and founded three online businesses, including the first dedicated Social Media Marketing Agency in the UK. Claire is also a prolific writer for magazines and blogs, a professional editor, and is also a trendspotter. She is adept at joining the dots to see the bigger picture and help people understand what is actually happening, and what action they should take to best support and grow their business or enterprise.
Social Goodness is her tenth book and brings together everything she sees happening in the world today and where we need to learn and adapt to properly manage and utilise these new social challenges that this big-bang of tech growth has given us. To also meet the expectations that people now have that businesses act responsibly and for the greater good, rather than putting profits before people. It covers all the essential elements of the greater whole that we need to be socially conscious about in this super fast-moving digital age.

Social Goodness is a guide to how your business can meet your customer’s expectations through your brand actions and so ensure you don’t just survive but thrive in the coming decade. Perfectly pitched for busy C-suite leaders and entrepreneurs it is a meticulously researched, comprehensive trendspotting business bible, which is an easy to read, enthralling, and engaging page-turner.

Social Goodness forensically investigates current trends, like sustainability, human marketing and ESG, and joins the dots to show you how it all connects and affects businesses in the wider world. It looks at what works and what doesn’t for brands post-pandemic in the new ‘normal’. Social Goodness examines why some companies are getting it right both on social media and with their brand actions – and thriving as a result – and why others are experiencing severe backlash and criticism.

It takes a view from a different perspective of social media and the central role it now plays in society and for business. Most business leaders still think of social media as somehow ‘other’ – an add-on to the marketing and generally of minor importance to their core business unless a social media crisis erupts. Yet, as we saw throughout the last few years, social media is at once a reflection of offline life and a petri dish that causes and influences real-life events. It has resulted in a fundamental and irrevocable shift in how business is conducted – i.e. the business is now totally transparent at every point. People can see for themselves if companies are lying, and pressure brands to change their policies and strategies, boycott their products, get others to also avoid buying and quite literally topple major brands if they are behaving inauthentically or unethically. 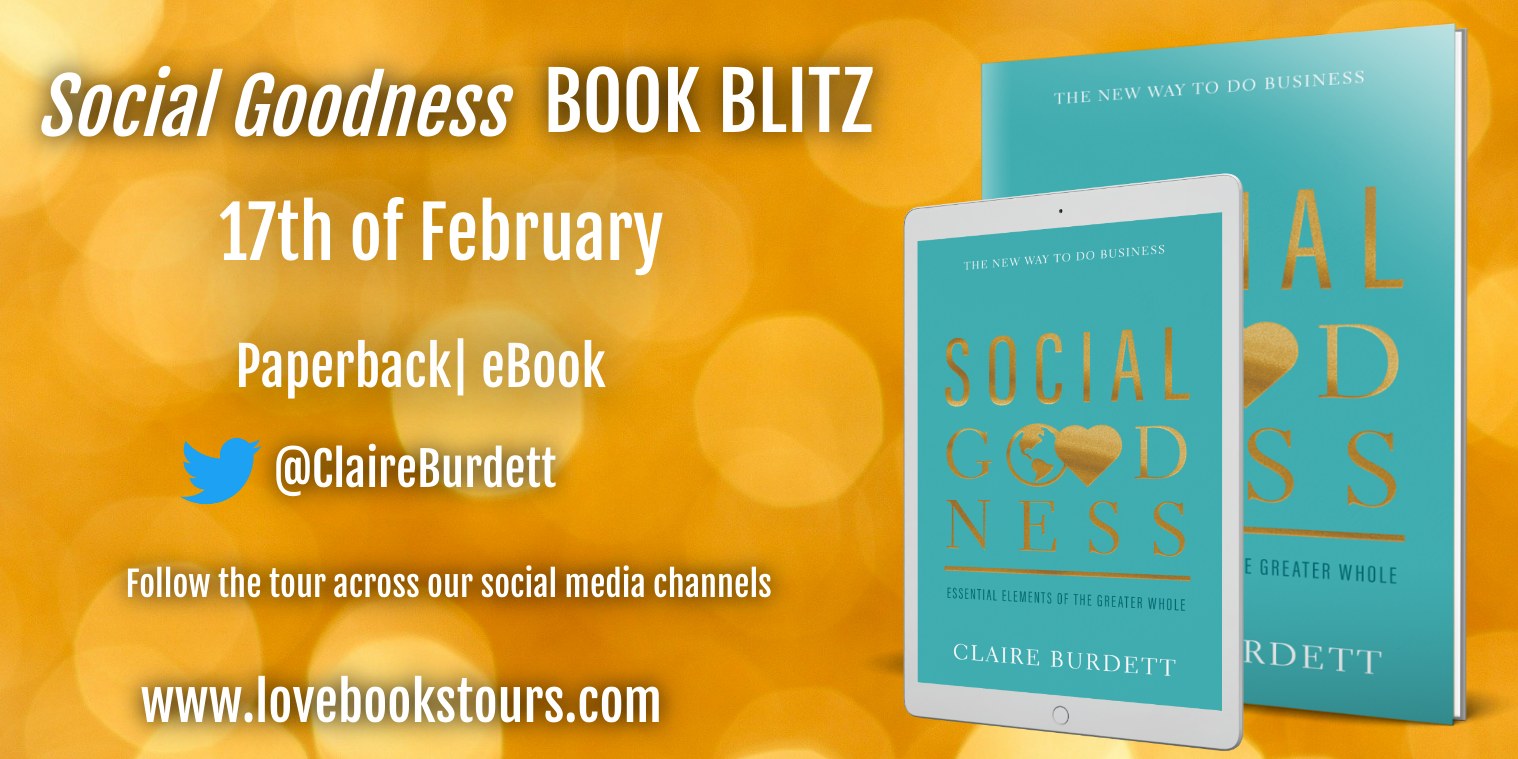 Photographed in the Writer’s Room
By Michelle L. E. Price

Come and check out Photographed In The Writer’s Room by Michelle L. E. Price. It is published today and will be a lovely read for and after Valentines Day. Read further to find out about this author and about her book. I have a blurb and links to her social media and her book too. It makes you wonder if the main character Brandi Tyler will find her new life and if it really can be a happy one. Can she also find some romance along the way…. Find out a bit more below…

Born in Montreal but raised in New England, author Michelle L. E. Price has been writing as long as anyone can remember. An avid reader who was on the verge of losing her mind as a mom to two small children, Michelle began writing her first book, Hidden in the Writer’s Room, as an escape… at least her characters would do exactly what she told them to do and she could always count on a happily ever after ending. She also enjoys wine, re-watching 90’s sitcoms and occasionally running, but heavily relies on writing to stay sane. Michelle is a firm believer that laughter and love are the best parts of life.

Former TV star Brandi Tyler’s big screen debut crashed and burned amid rumors of an affair with her married co-star… Now, she wants nothing more than to quietly slink away from Hollywood. When she’s offered an opportunity to get out of town and work on a project involving the photographer that launched her career, it seems like the perfect escape! Unfortunately for Brandi, her famous face makes hiding out even a huge city like Houston a little tricky.

When the celebrated photographer’s son offers to let her use his home for privacy, it seems like everything is falling into place. Little does she know that Michael Ames a gorgeous best selling author, and he comes with the package! As Brandi makes her way through old photographs and new scandals, Michael struggles with his next project, and they both fight the growing attraction between them.

Maybe a posse of new girlfriends, some Texas-sized boozy brunches, and a little private time in the writer’s room will help this leading lady find her path back onscreen. And, if she can just picture it, maybe this time she’ll even find love?

The Clockmaker
By Ceri Williams and Drew Neary

Tick – Tock! The Clockmaker waits to unleash something macabre in this spookily atmospheric, chilling, spine-tingling book that is perfect for Halloween and beyond, with its murders and supernatural horror. Explore The Clockmaker in ways you would never expect. Life experiences can influence what happens next and could The Clockmaker be waiting for you?

Read further to discover more about the macabre Clockmaker to add to the spookiness of your Halloween.

Discover more about the authors, the blurb and what people are saying about it as you follow my post down. Discover links to their social media and website below too.

Thanks to Ceri Williams, one half of this author duo, for getting in touch with me about their book.

Neary-Williams is the co-writing team of Andrew Neary and Ceri Williams, based in the Midlands of the UK.
The third member of our team is a visual artist based in the Netherlands. Priscila Rodriguez Aranda worked closely with us to create a cover that reflected both the content and the genres of the book.
This is the first time we are co-writing and we are really excited about how dynamic our partnership is .

The Clockmaker is the first in an upcoming series of gripping supernatural books by Nottingham based Ceri Williams and Drew Neary.
Widowed in World War 2, Annette and her young son face a completely different life as they exchange the devastation of post-blitz London for the slow pace of a small village. The house they have inherited is old, its bones still settling, creaking noises in the dead of night and the murmur of scritch-scritch in the walls. Located outside the village of Lochnagar, it’s been empty for many years.
The unfolding of how the Clockmaker made his plans, his meticulous preparations and macabre creations, all builds up to a series of gruesome, horrific murders. These have just one end in view: his release from that which has held him captive for centuries.

The sequel to the Clockmaker will be out in 2021. The Perfect Child.

What the authors say:

“The Clockmaker is a character in the much larger Novel – Optics. When we put some extracts on our website, we received acclaim, and requests to develop the minor characters further. That was when The Clockmaker was born,” comment debut authors Ceri and Drew. The authors are currently arranging a series of book launches around the local area and have engaged various local writing groups with their debut.
A chilling supernatural novel with characters you’ll come to care for, The Clockmaker will interest anyone who fears the dark – and what might lie in the shadows…

What people are saying about The Clockmaker

‘This tale is fabulously written. There are times that it could have veered off into the “campy” side of horror or supernatural but it never once did that. Instead, it is captivating and will have you mesmerized until the very last page – and then you will want more because this is the first book in a trilogy!

While this story ends well, there obviously are questions that will be answered in subsequent books – and I cannot wait for those books to be written and printed!!

The Clockmaker offers something for everyone’s tastes: history, horror, supernatural, thrills and suspense. I highly recommend it for all.”

Today I am on a quick blog tour for a book blitz. The quickest blog yet, to inform you of a new book – Feasible Planet. Check out about the author and then head on further down to the page to the blurb to find out what it’s all about. If you like Non-Fiction and are also concerned about the planet, this just could be the book for you. So, go ahead and check it out!

Ken Kroes is the author of the Percipience Eco-Fiction Series and the non-fiction books, Feasible Planet and Feasible Living. He is passionate about our relationship with our planet and applies his diverse background which includes agriculture, mechanical engineering and information systems into his writing. Born in Calgary, Canada he has bachelor’s degree in Mechanical Engineering and has had the pleasure of living in many locations in North America and has travelled extensively.

He can be reached on Ken@feasibleplanet.com

Are we doing enough?

Are you concerned about the state of our planet and hope that governments and corporations will find a sustainable way for us to live? If you do not think about it too hard, that may work, but will it? Left on their own, with drivers of popularity and profits, I am not too convinced that it will.

Did I hear a groan out there when you read the word ‘actions’? Do not worry! Most of the actions that I am referring to will not only help save the planet, but will benefit you right away through saving money, time, better health, and having a happier life in general.

Sustainability goes beyond controlling our consumption and pollution. There are key social, political, and economic areas that need to be addressed as well, and there are several steps that individuals can take to help in these areas.

For those of you who feel we could do more, this book is for you and is loaded with actionable activities, the reasons for doing them, and explores why we are not doing them already.

Every journey starts with a first step. Hopefully, this book will lead to those first sustainable steps and that will change the world.

*Thanks to Kelly for inviting me to show you what this book has to offer and I hope that all my readers are well. Take care.